We remember Luke Caldwell and Clint Robertson from the show Boise Boys. They are the hosts of this HGTV show, where they deal with real estate in Boise, Idaho.

Luke was born on December 9, 1979, as Luke Henry Caldwell. Since their early days, he was very prominent with artistic skills, and his passion for musical instruments was equally fascinating. This directed him towards learning designs, and as a musician, he traveled long distances learning more things.

Clint was born on October 16, 1975, and grew up in Forth Worth, Texas. Clint’s interest in real estate started in his early life. Following this, he became a business attorney and got a CPA license. Clint is currently working as a contractor.

This article will talk about Boise Boys Luke Caldwell and Clint Robertson’s career, family, net worth, and more.

Boise Boys is an HGTV show that deals with buying and selling properties. It completed two seasons successfully with Luke and Clint. Luke is the brains of the show, but Clint is better at dealings and doing most of the work.

Together, they purchase old houses and buildings in Boise, Idaho, and flip them for profit. However, Boise is their hometown, and Luke grew up there. So, they share a unique attachment to the neighborhood.

Instead of letting the old homes rot away, they plan to renovate the housing and interiors. Luke is a designer and visionary; he plans it all. He handles all the designing related work in the show.

Meanwhile, Clint is a realtor and understands the reality of how business works. Clint likes to keep things real and manages all the deals and flips.

People are quick to point out their different nature and polar opposite behaviors. However, they share the same religious beliefs, and the show is going great.

Luke Caldwell from Boise Boys is a married man. He married Miranda Caldwell in June 2002. Luke fell in love with Miranda and always wanted to be with her.

The couple got two children together, and they have also adopted four more. There are so many kids without parents’ care. Luke Caldwell and his wife wanted to share their love with those who also led to them adopting children.

Is Clint Robertson Married to his wife?

Clint is currently spending his time with Sandy Robertson. They were married on December 14, 1992.

We know that the couple has been together since their college days. Back then, Clint was dating Sandy. They later got married. To date, the couple has three children so far.

Boise Boys has two seasons so far, and the current gap has led to some rumors. HGTV canceled the show, and it will not continue anymore. But, the rumors never disclosed the underlying reasons.

However, this is not the case. Further info suggests that the show will run, at least for one more season. Boise Boys’ official Twitter account tweet confirms that the new season will start airing soon.

Are the Boise Boys Mormon?

Clint Robertson comes from a religious background, and he’s a devout follower as well. He believes in Christianity and adheres to the religion’s teachings and moral values.

The client even completed his education at the Texas Christian University. He believes in religion. That’s why Luke does more dealings, whereas Clint keeps up with designing.

Luke Caldwell is also from a religious family who believes in Christianity. Luke shares his love with Jesus with his father as well. Religion has nurtured his family bonds quite well. Both Luke and Clint, from religious backgrounds, have a high morale spirit and ethical values. 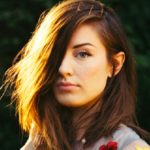 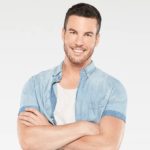 Is Brian McCourt Married To Wife? Or Is He Gay? 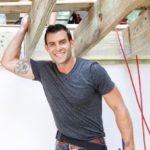 Is John Colaneri Married to wife or gay? Wikipedia biography